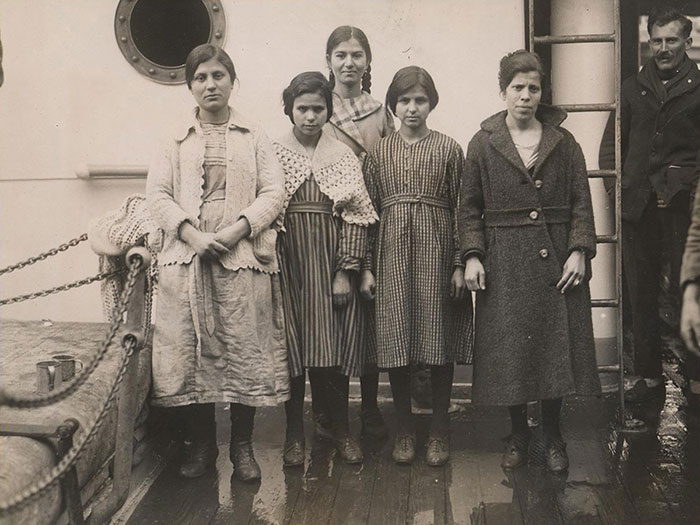 LAWRENCE — A University of Kansas graduate student has won a national award for her research on the history of Greek-American picture brides and their intricate role in the ways Greek immigrants in the early 20th century navigated their racial position upon arrival to the United States. Promoting their family values and women's domesticity assisted Greeks to gain the social capital necessary to assimilate to American life. 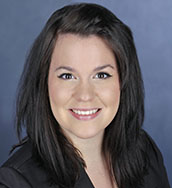 While the history of Japanese picture brides is popularly known, the history of the European picture brides coming to the United States at the same time, around 1910-1925, has faded from scholarship and popular imagination. Reviving their stories has far-reaching implications in today's debates over U.S. immigration policy, said Kathryn Vaggalis, doctoral candidate in American studies, who won the 2018 Gene Wise-Warren Susman Prize from the American Studies Association.

"The ASA is an organization known for the participation, inventiveness and excellence of its graduate students," said David Roediger, KU Foundation Distinguished Professor of American Studies. "For Vaggalis to stand out in such distinguished company speaks to her arrival as a scholar and contributes greatly to the stature of our department."

Picture brides in the 1900s were women in arranged marriages with immigrant men from their home countries. Women would often travel to the United States to meet their partners for the first time at immigration stations such as Ellis Island in New York or Angel Island in San Francisco. Vaggalis' work shows how these diverse women's stories are interconnected and had an effect on American conceptions of race and the political process by which groups are perceived as either model or undesirable immigrants.

In the early 1900s, American newspapers reflected the vitriolic fervor of rising anti-Asian sentiment in the U.S. West. Vaggalis said the Japanese picture bride became a popular symbolic trope for those who argued their "suspect" marriages signaled a demise of "white America and Christian democracy."

"Incoming wives meant Japanese men were settling down and starting families. Nativists used this fact to stimulate racist fears of migrants coming to steal their jobs and rob them of American resources. They grossly exaggerated their numbers, disparaged their cultural practices and spread gross propaganda about their fertility and number of children," Vaggalis said.

By 1920, amid pressure from the United States, the Japanese government agreed to stop issuing passports to picture bride women, which effectively ended the process.

However European groups, such as the Italians, Greeks, Armenians and Germans, were popularly practicing picture marriage. Seen in relation to Japanese migrants, the Greek migrants at the center of Vaggalis' study were comparatively deemed more acceptable, even after the backlash squashed the process for Japanese picture brides.

Vaggalis began her research wondering why American standards were so differently applied to each group's marriage practices. She questioned, when the same behavior is commonly shared between two groups, what makes one more "suitable" for American life than the other?

Vaggalis started with the story of her own grandmother, Calliope Tavoularis, who came to the United States from Athens, Greece, in 1949 as a picture bride after World War II seeking to escape political persecution in Greece and start a new life in America. After exchanging letters with a friend's cousin from Lincoln, Nebraska, Bill Vaggalis bought Tavoularis a plane ticket, and she met and married him shortly after.

The local media hailed it as an "airmail romance."

Vaggalis examined other newspaper accounts of picture brides coming from Greece and discovered it wasn't always like that for Greek immigrants.

In the early 20th century, racial hierarchies positioned Greeks outside the bounds of Anglo whiteness. Greeks, though they were seen as white enough to enter the country, were still considered as "in-between" or "probationary" whites.

News accounts of picture marriages revealed the ways Americans expressed and learned about the racial, gendered politics of citizenship through the lens of marriage and family, Vaggalis said.

As the number of Japanese picture brides dwindled, descriptions of Greek picture marriages became increasingly painted with more dignity, romance and virtue, she found. Instead of focusing on Greek men as barbaric and Greek women as victims, the coverage transformed picture brides into civilizing, virtuous influences on Greek men, who were also now seen as Americans. Vaggalis traces the acceptance of picture marriage as directly proportional to the conception of Greek-Americans as racially white.

Other ideas that contributed to this perception included members of the Greek community stressing a model of the family where women would stay home and that as Greeks they were descendants of democracy itself.

"The biggest strategy they used is the idea that 'we are not them,' stressing that Japanese people were the ones to be wary of," Vaggalis said. "This is one example throughout the history of the United States where whiteness or white privilege depends on marginalizing people of color for its protection and maintenance."

She said the issues she uncovered in the history of immigration and picture brides are still relevant today and that she hopes her work can make people more aware of how race, gender and sexuality are still heavily embedded in immigration policies and discourse.

"We have these tropes that still dehumanize migrants," Vaggalis said, "whether they be 'anchor babies,' 'welfare mothers' or 'Mexican rapists.' In order to have a more just system of migration, we need to recognize the ways that race and racism still shape the system and our perception of who and what is considered American. We are in a new moment of political uncertainty that is scapegoating migrants and people of color. To overcome our past, we must address our present wrongs."

Photo: These women came from Greece to the United States as picture brides in 1921. Credit: Courtesy of the Statue of Liberty National Monument and Ellis Island, National Park Service.