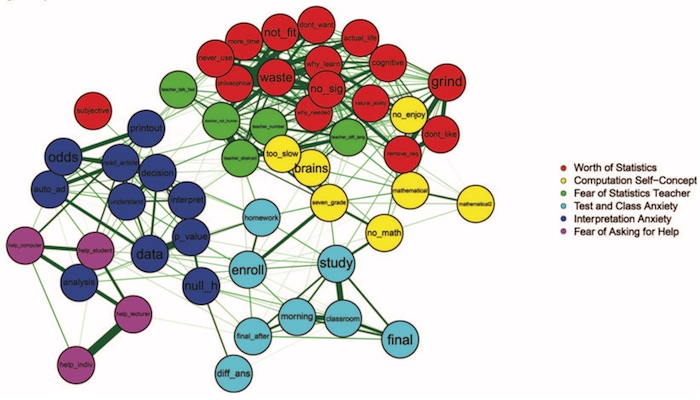 LAWRENCE — Have you ever been stressed out by the idea of doing math or statistics problems? You’re not alone.

Research shows that up to 80 percent of college students experience some form of statistics anxiety — and for students majoring in psychology, this anxiety often puts obstacles in their path to graduation. 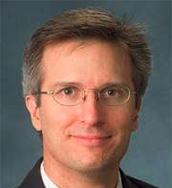 “In my psychology statistics class, I once had a student take and fail the class two or three times,” said Michael Vitevitch, professor and chair of psychology at the University of Kansas. “He’d taken everything in the major, and this was the last class he needed. But he had high statistics anxiety. On one of the exams, he kind of froze and was staring at the paper. I took him into the hallway and said, ‘Relax, go splash some water on your face and come back when you’re OK.’ He did, but at the end of class, he was still staring at the paper. I asked him to come back to my office and finish it. That extra time was enough to get him through the test. Eventually, he passed the class and graduated that semester. It took him seven or eight years to complete his bachelor’s degree, and it was because of his problems in the statistics class. He went on to do occupational therapy and is really doing quite well, but it was a statistics class that was almost the barrier to having that future.”

Now, Vitevitch is the co-author of a new study that uses a questionnaire and an analytical technique called "network science" to determine precisely what factors contribute to this kind of statistics anxiety among psychology majors. The paper appears in the peer-reviewed journal Scholarship of Teaching and Learning in Psychology.

“We teach a statistics class in the psychology department and see many students put it off until senior year because they're scared of this class,” Vitevitch said. “We’re interested in seeing if we could help students out of the statistics anxiety. There’s not a one-size-fits-all solution to get them to overcome their fears. You need to find out what their fear is and focus on that. For people who don’t think statistics are useful, you need to convince them it’s not just useful for psychology but for other things as well. For people fearful of math and statistics in general, you need to help lower their anxiety so they can focus on learning. We hope this gives us some understanding of our own students and statistical anxiety in general.”

Vitevitch’s collaborators on the new paper are KU's Marsha McCartney, a teaching specialist in the Department of Psychology, and Cynthia Siew of the University of Warwick and the National University of Singapore. The researchers said a grasp of statistics is vital to academic achievement and a well-rounded understanding of the field of psychology.

“It’s a way of communicating with numbers instead of words,” Vitevitch said. “A picture is worth a thousand words. Numbers can convey a lot of information as well. Being able to compute those numbers and communicate that massive amount of information quickly and concisely is important. It’s also very important knowing what those numbers mean and not skipping over them in a paper in a peer-reviewed journal article.”

The team used a questionnaire called the Statistical Anxiety Rating Scale (STARS) to determine aspects of learning statistics causing the most anxiety and categorize students into groups of high- and low-anxiety students. Questions probed students' feelings about the value of statistics, self-concepts about math ability, fear of statistics teachers, interpretation anxiety, test and class anxiety, and the fear of asking for help.

With the questionnaire results from 228 students, the KU researcher and his colleagues mapped results visually using an emerging analysis technique called network science, which puts the most important contributors or symptoms of statistical anxiety at the center of a visual diagram of connecting nodes.

“Network science maps a collection of entities that are somehow related to another,” Vitevitch said. “Most people think of a social network where the dots would be you and your friends and lines would be drawn between you and people you know. You might know someone and they might know someone, but you might not know that third person. If you sketch these friends out, you get this spider-web looking thing. People have been doing this with various psychopathologies — looking at symptoms of depression, for example. With statistics anxiety, it’s not just that you have symptoms, it’s how long you have them and which ones are more important? That’s not always captured by a laundry list of symptoms. But it does seem to be captured by a network approach. The most important symptoms are in the middle of that spider web.”

Whereas previous studies on the topic used a scale to measure the levels of students’ statistics anxiety, the application of network science to responses from the STARS questionnaire increased the researchers' understanding of the nature of the anxiety itself. For instance, network science analysis revealed high- and low-anxiety networks have different network structures.

For students high in statistics anxiety, the chief symptoms included high agreement with the statements “I can't even understand seventh- and eighth-grade math; how can I possibly do statistics?” and “statistics teachers are so abstract they seem inhuman.” For low-anxiety students, main symptoms included fear of “asking a fellow student for help in understanding a printout” and anxiety “interpreting the meaning of a table in a journal article.”

Vitevitch said he hoped the results would be used by instructors in university psychology departments to develop effective interventions to ease students’ statistics anxiety.

“This paper is targeted at people who teach psychology,” he said. “Hopefully we’ll turn our science on ourselves and find a better way to make sure we’re getting our points across to our students and helping those who need a little help. It might not be a matter of teaching remedial math, but more like helping them overcome fears or discomfort they have with this topic.”