LAWRENCE — Two professors from the University of Kansas Medical Center, both well-known as scientists, researchers and educators, now share an additional distinction of being recognized as Chancellors Club Teaching Professors for 2018.

Each will receive an annual $10,000 honorarium for each of the next five years. 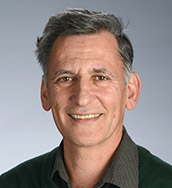 Dr. V. Gustavo Blanco has been a faculty member in the Department of Molecular & Integrative Physiology since 2001, where he currently serves as professor and the Kathleen M. Osborn Chair.

During his tenure at KU Medical Center, Blanco has repeatedly been recognized for his teaching accomplishments. In his letter nominating Blanco, Paul Cheney, professor emeritus and former chair of the Department of Molecular & Integrative Physiology, said Blanco set a record for a new faculty member: He won the Student Voice Award for Excellence in Teaching after only one year at KU. He has since won the Student Voice award every year from 2003 to 2018, and in 2006, he received what Cheney described as the “triple crown of teaching” at KU Medical Center: the William T. Kemper Fellowship, the Ruth Bohan Teaching Award and the Chancellor’s Distinguished Teaching Award.

He has consistently carried a substantial teaching load since his arrival at KU Medical Center, and students effusively praise his classes. One student’s comments from a 2015 evaluation said, “[Dr. Blanco’s] lectures are very clear, and the notes he puts under each slide are tremendous. His enthusiasm and how much he cares for the students really shines through.” 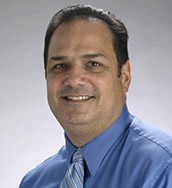 Joseph Fontes joined the KU Medical Center faculty in 2007. During his tenure, Fontes has consistently demonstrated a commitment to teaching and service.

He presently serves as the block director for Molecular & Cellular Medicine, the second course taken by first-year medical students. In addition, he is the director of Foundational Sciences, helping to ensure the integration and delivery of basic scientific content in the Phase I curriculum.

“[Fontes’] approach requires students to become active participants in their education at the earliest point in medical school,” said Dr. Robert Simari, executive dean of the KU School of Medicine and executive vice chancellor for KU Medical Center. “This active approach prepares them for learning in a clinical environment.”

Fontes has been an active member of the Phase 1 Committee and has served as both a member and chair of the Education Council. Most recently, Fontes has played a key role in the development and implementation of the School of Medicine’s ACE (active, competency-based, excellence-driven) curriculum.

For his skills as a medical educator, students and colleagues have described Fontes as “extremely accessible and available” and “consistently viewed by the students as a faculty member fully committed to their success.”

The Chancellors Club, formed in 1977 by KU Endowment, recognizes both donors of major gifts designated for specific purposes on any of KU’s campuses and annual donors to the Greater KU Fund.