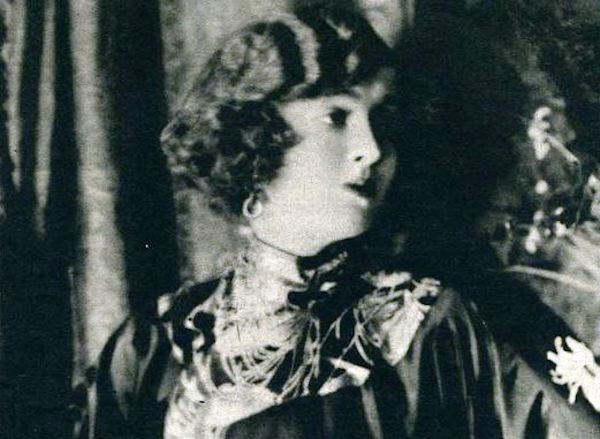 LAWRENCE — Actress Peggy Hopkins Joyce became well known in the 1920s and subsequent decades for her time in divorce court.

She was married six times to wealthy men and had numerous engagements during her lifetime. In the late 1920s Joyce and another women, Frances "Peaches" Browning, were the subject of hundreds of newspaper articles, and the media portrayed their marriages and divorces as emblematic of societal decay in general.

Their cases helped fan the flames of what became the "alimony panic," and use of the term "gold digger" entered not only popular lexicon but the regular vocabulary of judges, jurists and activists who sought to stem "alimony abuse." It led to formation of movements, such as the Alimony Payer's Protective Association and the Alimony Reform League.

However, the widespread attention did not seem to match what truly happened with alimony, as only 13 percent of women in divorce cases requested alimony during this time period, said Brian Donovan, a KU associate professor of sociology. Donovan authored a recent article in the Journal of Family History examining the alimony panic and the cases of Joyce and Browning.

"The press made it seem as if women were always seeking alimony and that alimony was always granted. They were focusing on these very anomalous cases where men, who seemed as if they were being fleeced, were facing demands of hundreds of dollars a week in payments," Donovan said. "However, with the general state of alimony in the early 20th century, it was rarely requested."

In fact, he has found evidence that typically women in divorce cases only requested alimony when they had a disability or perhaps had children to care for. Alimony payments also weren't strongly enforced.

"It's very characteristic of a moral panic. There was maybe a slight uptick in the number of alimony cases granted," he said, "but a lot of the public outrage was far out of the proportion to the extent of the number of payments. There was a general sense that marriage was in a state of crisis, and I think the alimony panic was part of that."'

Donovan, a cultural and historical sociologist, studies legal and social issues surrounding traditionally what is considered the "first sexual revolution" in the 1920s. He is working on a book-length project about the alimony panic and issue of "gold diggers" beginning in the 1920s through Anna Nicole Smith's marriage in 1994 to octogenarian businessman J. Howard Marshall.

The alimony panic and the popular coverage of divorces that included Joyce and Browning in the 1920s also came at a changing time in American social history. Factors such as the birth control movement, women's suffrage, a significant rise in women's employment opportunities and the expanding leisure industry generated new expectations about the purpose of marriage and family, he said.

Some saw these changes as a departure from the image of women as passive and focused on domestic affairs to a new image of womanhood as empowered and pleasure-seeking with the image of a "gold digger" at the center of it, Donovan said.

The divorce rate doubled from 1910 to 1920 from 4.5 divorces to 7.7 divorces per 1,000 residents. Conservative groups seeking to reduce the divorce rate often feared cases of women marrying men seeking to take advantage of alimony.

"They viewed it as a continuing sign of women's dependence on men," Donovan said.

Opposition from two different camps possibly helped bring more attention to the issue, he said, even if it was exaggerated.

"The term 'gold digger' is still around," he said. "It's also very gendered. Even when people are referring to a man, they say 'male gold digger.' It's very telling."

Despite alimony rewards being both rare and weakly enforced, the media attention and panic surrounding the issue did influence the legal and legislative systems. It influenced how judges and lawyers acted in court and talked about alimony, which directed the course of marriage and family law in the 1920s. This included efforts to place caps on alimony awards and limits on the length of time alimony could be paid.

"It's important that the cultural construct of the gold digger is influencing marriage law in this really visible way, and it's not influencing it because alimony has become a greater problem," Donovan said.

Unfortunately, it likely put many women in divorce court at a disadvantage and made them vulnerable to poverty and deprivation.

"This shows the power of stereotypes are compelling," Donovan said. "Stories are compelling but as a reflection of reality are distorted or tenuous at best. Stories about divorce and alimony that got picked up in papers involved extreme cases. In this case, these creations largely made by the media were having an influence in the courtroom."