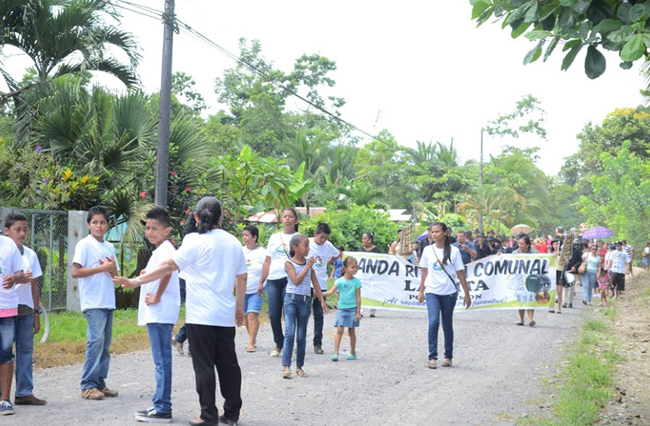 LAWRENCE — A University of Kansas co-sponsored effort to engage communities to fight the mosquito-borne infectious disease dengue fever in poor Costa Rican villages has proven so effective, residents are continuing the programs on their own after the project has ended.

KU researchers partnered with colleagues from the University of Costa Rica to develop a community-based participatory research program that actively engaged community members in identifying the primary problems with dengue. Members of the community were instrumental in designing and developing action plans and communications strategies tailored to their community to encourage action to fight the illness. The project, managed locally by Lissette Marroquin of the School of Mass Communications, University of Costa Rica, started by exploring residents’ knowledge, attitudes and behaviors related to dengue. Based on the initial findings, the researchers supported the community as it identified strategic initiatives and organized itself to address the issues.

“The idea behind this project was to use community-based participatory research to identify ways to decrease the incidence of dengue in communities along the Atlantic coast of Costa Rica. Almost every one of the families in those towns had experienced it in some way,” said Mugur Geana, principal investigator, associate professor of strategic communications and director of the Center for Excellence in Health Communications to Underserved Populations at KU. “The approach was, ‘How can we engage local opinion leaders and members of these communities to work toward a common goal?’ Fortunately, we were able to find and train people who were interested in bettering their community. 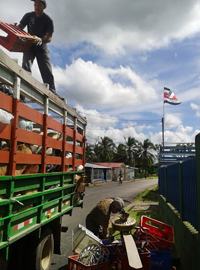 “Responsibility sharing and collaboration equality between academia and community was not a concept frequently used in Costa Rica. Part of the project was to train and support our colleagues from the University of Costa Rica in developing community-based participatory research expertise. Concomitantly, KU researchers learned about particularities of conducting such projects in Latin America as well as how theoretical approaches developed in this region, such as community action research, can be used.”

Dengue was nearly wiped out prior to World War II but made a dramatic resurgence in Latin America in recent years. The Costa Rican Social Administration reported 2013 as one of the worst outbreaks of dengue in recent years, and suburban and rural areas were among the hardest-hit. Residents of El Humo and Louis XV, two rural, low-income communities targeted by the project, identified lack of garbage removal and recycling as two of the biggest problems contributing to dengue in their villages. Costa Rica experiences steady rain about 11 months of the year, and the discarded tires and garbage prevalent in the community provided ideal breeding grounds for the mosquitos that carry the disease.

Local residents in the program, along with researchers from the University of Costa Rica, were able to identify local resources that could remove garbage and funding to pay for it. They also established recycling points and designed a communications campaign touting the importance of recycling and properly disposing of garbage. The residents collaborated in the design of the entire plan from beginning to end, including colors, graphics and language used in the informational materials, and they designed T-shirts, magnets and pamphlets.

Research showed that there were previous messages from the Costa Rican government about dengue fever, but a high level of mistrust of such official messages was present. The community-designed plan was effective because it was designed by residents familiar with local concerns and tailored specifically to a local audience, Geana said. Getting the community organized toward a common goal, and seeing results, energized the villages.

The program proved so successful that community members plan to not only continue delivering the message about fighting dengue, but will apply the organizational structure they’ve learned to address other local problems.

The program’s economic and social outcomes have been perhaps just as important as the health aspect. The project leaders formed a youth group to take part in the effort that started with about 20 youths and adolescents but grew to about 120. The youth helped clean up garbage, establish recycling points and even collected recyclable materials, sold them in a larger nearby community and used the profits to buy notebooks, pencils and stuffed animals for the poorest children in their communities. Adults have also seen the economic benefits as several have begun making art projects from recyclable materials and selling them, generating additional income. The University of Costa Rica provided training for craftsmanship as part of the project.

“That really moved me,” Geana said of the young people’s charitable work. “By participating in this process they realized the value of civic engagement. And the streets are cleaner, people are no longer throwing garbage in ditches, and the kids are helping sort recycling.”

Since the program began there has been a decrease in the number of dengue cases. While it is too early to claim the decrease is a direct outcome of their efforts, Geana said an entomological count of mosquitoes at the beginning of the work, compared with an upcoming count, will at least show how effective the garbage removal efforts have been in reducing the number of mosquitoes.

The Costa Rican Ministry of Health has expressed interest in supporting the research team in developing a training manual for community engagement that can be used to train its representatives in the territory. Geana is currently working with his colleagues in Costa Rica to finalize the details of the additional project. Results from the project have been presented at national and international conferences, including the American Society of Tropical Medicine and Hygiene.

With the success of the community engagement program, faculty at the Center for Excellence in Health Communications to Underserved Populations hope to develop similar programs with colleagues in Costa Rica to address chikungunya, another mosquito-carried, vector-based illness that can cause debilitating joint pain, which is on the rise in Latin America. CEHCUP is also collaborating with researchers in Chile to help develop training programs for community engagement driving communication campaigns to address public health issues.