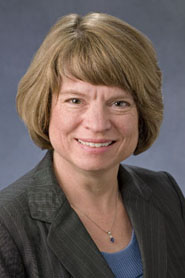 LAWRENCE — The world’s foremost biomedical funding agency has announced a series of new initiatives in response to a study that found race-based discrepancies in research awards.

The National Institutes of Health has unveiled plans to address diversity in the biomedical workforce after a 2011 NIH-commissioned study led by University of Kansas economist Donna Ginther found that black scientists are much less likely to receive NIH grants than their white counterparts.

The NIH initiatives include bias and diversity awareness training to improve NIH’s peer review process, the creation of a pilot program that would make grant applications anonymous, and the creation of a chief diversity officer position and a diversity working group within NIH. The NIH also would create a new National Research Mentoring Network to connect students, postdoctoral fellows and faculty with experienced mentors; develop standards of good mentorship in biomedical research; and provide workshops and training opportunities in grantsmanship, among other goals.

The initiatives respond in part to Ginther’s study, which found a 10 percentage point gap in research funding between black and white applicants, even after controlling for a number of variables. The study first appeared in the August 2011 edition of Science.

“We were surprised and concerned by the findings of our study when we announced them last year,” said Ginther, a professor of economics and director of the Center for Science Technology & Economic Policy at KU’s Institute for Policy & Social Research. “When the study first came out, the NIH immediately acknowledged the discrepancy as unacceptable and said they would work to discover the causes and take steps to fix it. That’s exactly what NIH is doing with these new workforce diversity initiatives.”

The diversity initiatives were drafted by the NIH’s Working Group on Diversity in the Biomedical Research Workforce, which the NIH created as a result of Ginther’s report. The working group explicitly cites Ginther’s findings as the catalyst for its recommendations.

“Part of our mission at KU is to conduct research that benefits society,” Ginther said. “In this case, our research has prompted the world’s premier biomedical funding agency to examine its policies and find ways to encourage diversity in the science workforce. It’s exciting and rewarding to have that kind of positive impact.”

Ginther’s study found that black researchers were one-third less likely to receive funding compared to whites — even after taking into consideration demographics, education and training, employer characteristics, NIH experience and research productivity. For example, for every 100 grants submitted to NIH, 30 grants from white applicants were funded, compared to 20 grants for black applicants.

Applications for NIH funding go through peer review that considers the significance, innovation and approach of grant applications, the investigator(s) and the research environment. About half of the applications are determined to be worth scoring. The study found that applications from black researchers were less likely to be scored and on average had worse scores. After controlling for the score of the application, there were no race or ethnicity differences in funding.

Although the study could not fully explain the funding gap, potential explanations include differences in proposal quality and bias in the peer review process.

“The announced NIH initiatives seek to address both of these concerns," Ginther said. “Diversity awareness training and making grant applications anonymous are designed to limit potential bias in the review process. The National Research Mentoring Network would provide training for students, postdocs and junior faculty to improve the competitiveness of NIH applications."

NIH, the nation's medical research agency, includes 27 Institutes and Centers and is a component of the U.S. Department of Health and Human Services. NIH is the primary federal agency conducting and supporting basic, clinical and translational medical research, and is investigating the causes, treatments and cures for both common and rare diseases.