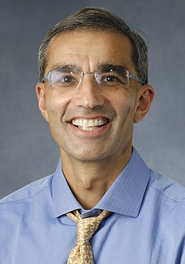 LAWRENCE — Shortly after 9/11 the world trading community came together with the goal of using international trade to help fight terrorism by reducing poverty. A University of Kansas law professor has published a series of articles stating that, despite the noble intentions, their efforts have failed.

Raj Bhala, associate dean for international and comparative law and Rice Distinguished Professor at the KU School of Law, has published a trilogy of articles on the Doha Round, the forum in the World Trade Organization in which WTO members set the goal of fighting terrorism through trade. In November 2001 in Doha, the capital of Qatar, trade ministers from the WTO members launched the new round of multilateral negotiations. Since 1947, the General Agreement on Tariffs and Trade, which became the WTO, has met roughly every decade to fix goals for the world trading system, and translate those goals into trade treaties. No round has ever failed – until now.

Nearly 150 countries that launched the Doha Round decided that alleviating poverty in Islamic countries should be a key new purpose. The idea was to fight poverty, which has been shown to be a contributing factor to terrorism. Terrorist groups regularly recruit among populations that are poor and feel oppressed by economic status quo locally, regionally and globally. These marginalized, often poorly educated, peoples are susceptible to violent, extremist ideologies.

"When 9/11 hit, the world unified around a new purpose of increasing free trade to boost economic growth and thereby reduce poverty," Bhala said. "No one thought trade was a panacea or that all terrorists were poor, but they did agree it could be a nonviolent weapon in the fight against terror."

Eleven years later, the Doha Round has proven to be a failure, Bhala says. His trilogy of articles, "Poverty, Islamist Extremism and the Debacle of the Doha Round Counter-Terrorism," appears in the University of St. Thomas Law Journal, Case Western Reserve University International Law Review and University of Denver International Law Review, respectively. The trilogy explores why the Round failed, highlighting a big-picture theme from an array of technical WTO material.

"The reason is because the negotiations lost sight of the original purpose," Bhala said. "The goal became greed, and WTO member after member looked out for their own commercial interests, forgetting the common good."

Nations such as the United States, the European Union, Japan, Norway, China, India, South Africa and Brazil were among those to broker agreements favorable to their own interests, Bhala said. Today, nations with enough power to do so have begun to bypass the WTO and form their own bilateral and regional free trade agreements, as opposed to the first-best solution of multilateral trade agreements. The agreements favor the countries in them, but do little to boost trade and alleviate poverty in the Islamic world.

Starting in 2007, negotiating groups in the World Trade Organization began releasing draft texts proposing rules for how international trade should be handled in numerous areas including agriculture, industry, remedies and intellectual property. For his trilogy, Bhala analyzed the thousands of pages of drafts for his articles, calling them "horrendously complicated" to the point that international trade practitioners often don't understand them, and lacking in the original goal.

"The reason they're so long and complicated is that they're nothing but special interest rules," Bhala said. "There's nothing there to address poverty and especially not in Islamic countries."

Many critics claim that alleviating poverty and terror was never the original intent of the round, even though it was held in Doha as a sign of solidarity and a show that the international community would not be cowed by terrorism. Others claim that self-interest always comes to the fore in international agreements or that the Doha Round could still work. Bhala refutes each of the claims in the trilogy of articles.

Still others claim that the idea of international trade alleviating poverty is another example of the poor looking for a handout. There is both an ethical and national security argument to counter that claim, Bhala says. If one wants to look at international trade through an ethical lens, Judeo Christian ethics support the giving of charity by the wealthy to those without wealth. From a defense standpoint, it simply makes sense to fight poverty, a leading contributor to the ideology of terrorism. The United States is not more safe in a world of expanding marginalized populations.

"It absolutely is in the national security interest of the United States and many other nations to have a round of trade negotiations that address poverty in Muslim nations," Bhala said.

To bring the original purpose of the Doha Round to fruition, the international trade community needs to go back to the drawing board.

"It may appear unrealistic, but we need to start over," Bhala said. "If the world trading community is serious about helping alleviate poverty, they need to start over and focus on what will truly help these countries."