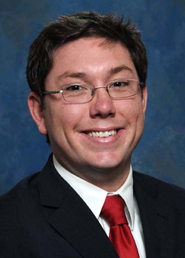 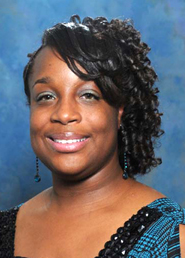 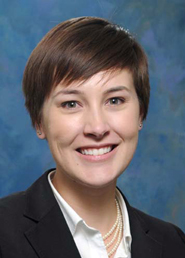 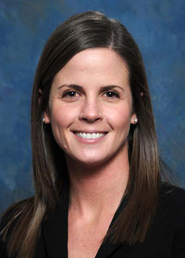 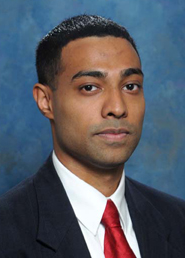 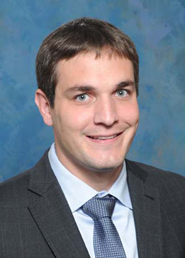 LAWRENCE — The University of Kansas School of Law honored more than 140 graduates at a hooding ceremony May 12. During the ceremony, seven students received awards for distinguishing themselves in scholarship, leadership and service to the law school and the community.

The award winners were part of a class composed of 141 recipients of the Juris Doctor and three Doctor of Juridical Science graduates. Much to the graduates' surprise, Max Falkenstien, the legendary voice of Kansas Jayhawks football and basketball, read their names as they received their hoods.

Also honored during the ceremony was Raj Bhala, Rice Distinguished Professor, who received the 2012 Moreau Award. The award is given annually to the faculty member who, in the eyes of law students, has been particularly helpful in advising.

Funds for the awards and scholarships are managed by KU Endowment, the independent, nonprofit foundation serving as the official fundraising and fund-management organization for KU. Founded in 1891, KU Endowment was the first foundation of its kind at a U.S. public university.
Award recipients are listed below by hometown.

Sean Foley received the Walter Hiersteiner Outstanding Service Award, given to the graduate whose service to his or her fellow students demonstrates the greatest promise for contribution to the legal profession and society. As a Shook, Hardy & Bacon Scholar, Foley mentored members of the first-year class to help improve their academic performance. He was a dedicated student in the Paul E. Wilson Project for Innocence and Post-Conviction Remedies, culling trial transcripts for grievous errors. He served as a member of the Moot Court Council and as an associate editor of the Kansas Law Review. He is co-founder and vice president of Optimus Youth, a nonprofit organization that provides resources to community-based efforts in developing countries. Foley is the son of Tom and Sheila Foley and a graduate of Bishop Miege High School and Truman State University.

Joel Griffiths received the Robert F. Bennett Award, recognizing a graduate whose undergraduate degree is from a Kansas university or college and who has demonstrated leadership qualities through public service. For three years running, Griffiths prepared tax returns for low-income residents of Kansas, Missouri and Illinois as part of the Kansas Volunteer Income Tax Assistance (VITA) Program. This year, he was elevated to coordinator of that program. He was also an active member of the Kansas Law Review, serving as a note and comment editor and helping coordinate several of the publication's social events. Griffiths is the son of Doug and Karen Griffiths and a graduate of Norton Community High School and Emporia State University.

Tonda Hill received the Class of 1949 Leadership Award, given to the student who has contributed most significantly to the overall experience of students in Green Hall. Hill served as president of the Black Law Students Association (BLSA), played a key role in the law school's annual Diversity in Law Banquet, and helped coordinate Thurgood Marshall Day, during which the law school hosted area high school students to learn about the legal profession. As president of BLSA, she collaborated with members of the Federalist Society to host a debate on affirmative action, persuading Chancellor Bernadette Gray-Little to give the opening remarks. She also served as vice president of the Christian Legal Society and was a staff editor on the Journal of Law and Public Policy. Hill is the daughter of Tony and Sharon Jones and a graduate of Leavenworth High School and the University of Kansas.

Leilani Leighton received the Janean Meigs Memorial Award, given to the student who has demonstrated a caring spirit in service to the students of the law school or the community at large. Leighton served as president and philanthropic chair of the International Law Society. She was the 2011-12 editor-in-chief of the Kansas Law Free Press, the law school's student-run, online newspaper, and she served as an articles editor for the Kansas Journal of Law and Public Policy. Leighton is the daughter of Greg and Georgene Ferris and a graduate of Casa Roble High School and California State University, Sacramento.

Jill Moenius received the Samuel Mellinger Scholarship, Leadership and Service Award, given to the graduate who has most distinguished him or herself in the combined areas of scholarship, leadership and service. Moenius and her partner won the 2011 In-House Moot Court Competition before sweeping the regional rounds of the National Moot Court Competition and placing among the top eight in the national rounds. She served on the Moot Court Council and was executive note and comment editor of the Kansas Law Review. She received several CALI designations for the best performance in a course, and her Law Review note about the Supreme Court case Citizens United was published in Volume 59 of the Kansas Law Review. Moenius is the daughter of John and Chandler Moenius and a graduate of Topeka High School and the University of Arkansas-Fayetteville.

Ganesh Nair received the Justice Lloyd Kagey Leadership Award, given to the graduate who has most distinguished him or herself through leadership in the law school. Nair represented the interests of all of the students in Green Hall as the lone student member of the law school's dean search committee, which ultimately landed Dean Stephen Mazza. He also served as a Dean's Fellow and as a member of the Dean's Student Advisory Board, led the Asian Law Students Association as its president, and played an active role with the Student Bar Association as vice president. Nair is the son of Sarala Nair and Bala Nair and a graduate of Thomas Edison High School and Temple University.

Eli Rosenberg received the Faculty Award for Outstanding Scholastic Achievement, which goes to the graduating student selected by the faculty as having made the most significant contribution toward overall legal scholarship. Rosenberg's scholarly Note about the Employee Retirement Income Security Act (ERISA) was published in Volume 59 of the Kansas Law Review. He also served as a note and comment editor on the Law Review and as a member of the Moot Court Council. He mentored lawyering students for four semesters as a teaching assistant in the first-year lawyering program and served as a Shook, Hardy & Bacon Scholar, tutoring and mentoring first-year students – all while maintaining an outstanding grade point average, placing him near the very top of the class. Rosenberg is the son of Dr. and Mrs. Benjamin Rosenberg and a graduate of Joplin High School and the University of Kansas.