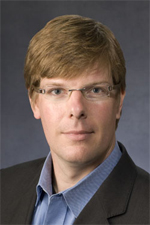 LAWRENCE —When trying to find a good stock pick, you might want to stay away from companies that make large political contributions, according to a new study by researchers from the University of Kansas and the University of Minnesota.

The findings indicate a decline of 7.4 basis points (or 0.074 percent) in risk-adjusted stock return for every $10,000 in political donations, after adjusting for differences in firm characteristics. While this decline may seem small, the economic implications are not trivial.

“The market value of equity for the median donating firm is about $1.8 billion,” said Felix Meschke, assistant professor of finance at the KU School of Business, “and even a 7.4 basis points loss in return translates into a dollar loss of $1.33 million. Donating companies underperform their nondonating peers by far more than the dollar value of their donations.”

The researchers investigated why donating companies have lower relative stock returns and found that donations vary with corporate governance characteristics: Companies with smaller boards, larger block ownership, larger institutional ownership and with CEOs who received less abnormal compensation and who were not also chairman of their board made smaller donations. Donating companies also made acquisitions that added less value for shareholders than those of non-donating firms.

“Better governance may reduce donations,” Meschke said, “and companies like IBM and Colgate-Palmolive completely bar political contributions in their codes of conduct.”

These findings are particularly relevant because the United States Supreme Court effectively struck down the ban on soft money donations in its landmark decision Citizens United v. Federal Election Commission. The Supreme Court held that the corporate funding of independent political broadcasts in elections cannot be limited under the First Amendment.

The decision allows corporate funding of broadcasts that independently support or oppose candidates and positions. As a result, corporations are essentially unlimited in the amount that they can spend on elections going forward.

Shareholder resolutions and petitions to require public companies to disclose their use of corporate resources for political activities have increased substantially in recent years. The study’s findings suggest that shareholders might want to pay attention.

“Many Americans are concerned about the role of money in politics,” Meschke said. “Recently, the SEC has received over 70,000 letters calling for the disclosure of all corporate political spending. Our study finds no evidence that shareholders benefit from corporate political donations. This is an important contribution to the current debate.”

Meschke conducted the study with University of Minnesota professors Tracy Wang and Rajesh Aggarwal. It appears in the April issue of Business and Politics and is available online.

The key to preserving the essence of historic landscapes and their architecture is to permit more change, says a… https://t.co/uIFhLYOG5q
«»
Follow us on Twitter »