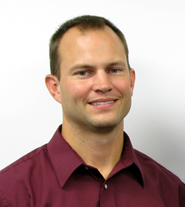 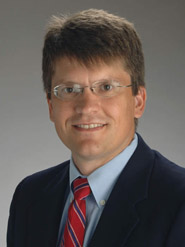 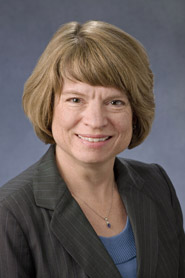 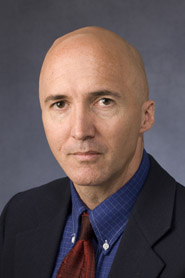 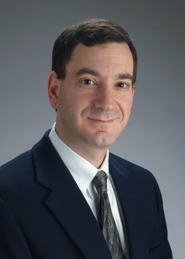 LAWRENCE – Five faculty members at the University of Kansas have been named winners of the University Scholarly Achievement Awards, which recognize mid-career scholars who have made significant scholarly or research contributions to their fields.

The awards are presented in four fields – arts and humanities; clinical science; science, technology and mathematics; and social science and professional programs – and recipients are chosen by a panel of their peers.
This year’s winners:

• Russell Swerdlow, professor of neurology, molecular and integrative physiology, biochemistry and molecular biology, and director of the Alzheimer's Disease Center; and Jeffrey Burns, associate professor of neurology, and co-director of the Alzheimer's Disease Center (clinical science) – jointly awarded for a joint application

The winners were chosen for contributions that advance the field of scholarship, exhibit novelty and originality, promote scholarly and research activity at KU and enhance the university’s national and international reputation. Recipients were nominated by their colleagues from KU and across the nation. They will be honored at a ceremony at 4:30 p.m. May 8 in the Commons at Spooner Hall.

“As a research university, KU is responsible for the discoveries and innovations that improve lives, create jobs and help us understand our world,” said Chancellor Bernadette Gray-Little. “KU faculty members improve our world every day through their teaching and scholarship. This award recognizes the value of those achievements to the state, nation and world and honors some of the world-class professors we have here at KU.”

This is the second year KU has presented University Scholarly Achievement Awards. More information about the recipients is available below.

Jeffrey Moran
Associate Professor Moran is a cultural historian of modern America and author of three books. His first book, “Teaching Sex: The Shaping of Adolescence in the Twentieth Century,” is the standard historical account of the subject. The award is given for his third book, “American Genesis: The Evolution Controversies from Scopes to Creation Science,” which explores the ways in which the evolution debate has reverberated beyond the confines of state legislatures and courthouses. He shows that social forces such as gender, regionalism and race have intersected with the debate over evolution in ways that shed light on modern American culture.

Russell Swerdlow and Jeffrey Burns
Dr. Swerdlow has published pioneering work on the link between Alzheimer's and brain energy metabolism. Dr. Burns has received international attention for research on how various lifestyle factors, including fitness and physical activity, affect normal aging and Alzheimer's disease. Together, the two researchers have had noteworthy collaborative success in building an internationally renowned and nationally designated Alzheimer’s Disease Center at the KU Medical Center. Their work has resulted in new approaches to Alzheimer's and will greatly improve the health and well-being of Kansans stricken with this disease.

Cory Berkland
Professor Berkland has garnered international attention for his seminal research on colloids and materials applied to science. His award is in recognition of a series of closely related research contributions that fundamentally define and apply the phenomena of nanoparticle assembly as a means to emulate naturally occurring biological structures, such as spores and mineralized tissues. His description of this complex phenomena and use in the synthesis of advanced functional materials represent a major discovery. Two key application areas for these materials are “light” aerosols for drug delivery and flexible plastic materials for tissue regeneration.

Donna Ginther
Professor Ginther’s research contributes to three interrelated areas: academic labor markets, science, and innovation; the effect of family structure on children's socioeconomic outcomes; and wage inequality and unemployment. As one example of her work, she examined the differences in the race of applicants on the likelihood of receiving NIH funding. Her findings were published in the August 2011 edition of Science, and as a result of this research, NIH officials are changing policies regarding grant review and the tracking of disparities in grant approval. The Science article garnered significant media attention, with stories and reports appearing in outlets such as The New York Times, Washington Post, Boston Globe, USA Today and others.