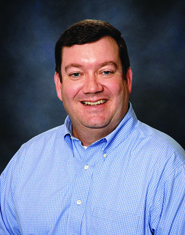 LAWRENCE — Every presidential election year, certain hot-button issues come to the forefront. This year is no different with discussions of abortion, taxes and gun control. A University of Kansas law professor has authored an article arguing that in the case of Americans’ right to keep and bear arms as represented in the Second Amendment, Congress is the body that will have the most impact, not the president or Supreme Court, as is often assumed.

Stephen McAllister, professor of law, authored “Individual Rights Under a System of Dual Sovereignty: The Right to Keep and Bear Arms” for the University of Kansas Law Review. In the article, he examines the relationship between state and federal constitutions. Forty-four states currently have language in their constitutions granting individuals some right to own firearms. The Supreme Court has also recently weighed in on the matter with its decision in District of Columbia v. Heller, a 2008 decision which holds that citizens have the right to own and possess typical firearms in federal enclaves. A couple of years later the Supreme Court followed up Heller by holding that the Second Amendment right to keep and bear arms also applies against state and local governments.

“It is an interesting question, to what degree does federal law determine what rights people have to carry guns?” McAllister said of the Supreme Court’s rulings and the reason he wrote the article. “It’s timely because the Supreme Court has finally said the Second Amendment does in fact mean something.”

From state to state, laws regarding gun ownership vary, but if any were to contradict federal law, the state laws would be superseded, or “pre-empted” by the Second Amendment. The argument of states’ rights does not win out.

“If a state law is in conflict with the U.S. Constitution, the Constitution always wins,” McAllister said. “In Heller, however, the Supreme Court went out of its way to make clear that a host of federal laws regulating firearms are valid.’”

After Heller, states generally can’t ban, but can regulate gun ownership, he said. Despite the Supreme Court’s stand, people focused on gun rights and restriction should focus more on Congress, McAllister argues. Federal legislation also trumps state legislation, and were Congress to pass any restrictions on gun ownership, states would be required to follow those restrictions.

Few federal lawmakers have chosen to focus on gun rights or restriction, but because the Supreme Court has set the level of constitutional protection relatively low, Congress has room to regulate gun ownership, when and if it chooses to do so, McAllister said. That sets the Second Amendment question apart from other often-controversial constitutional topics.

“It doesn’t often turn out this way because the Supreme Court has often set the bar fairly high to very high in cases of individual rights such as abortion and free speech,” he said.

In that regard, for example, should a state pass legislation outlawing abortion, it would be trumped by federal law, and will continue to be unless the decision in Roe v. Wade were overturned. The same is true of state laws that might attempt to punish protected speech, as occurred recently in the case of Snyder v. Phelps.

McAllister, who teaches both state and federal constitutional law classes, said it is interesting to examine how each state addresses the question of gun rights in its constitution. Some contain wording identical or nearly so to the Second Amendment regarding well-organized militias, while others are very specific in protecting the legal uses of firearms for recreation or home defense. As part of the article, McAllister compiled a table of the 44 state constitutions that address the issue and included the specific language from each. Like virtually all other controversial constitutional topics, the question of gun rights will continue to evolve, he said.

“I think short of banning typical weapons, states probably have the authority — in spite of the Second Amendment — to determine their own laws with respect to firearms, so long as those laws do not conflict with any federal statute regulating guns,” he said. “What people who are concerned about gun rights really need to focus on is Congress, not the Supreme Court. That’s where the ‘gun rights’ action will occur.”