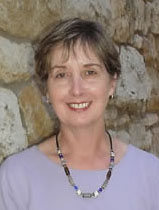 LAWRENCE — When Casey Anthony was tried for the death of her daughter last year and when Susan Smith was convicted of drowning her children in the mid-‘90s, media told similar stories of women out of control, even though the cases varied widely. University of Kansas researcher Barbara Barnett has made a career of researching media coverage of cases of mothers who kill their children, finding similarities, stereotypes and the same repeated questions in most cases.

Barnett, associate professor and associate dean at the KU School of Journalism, has published several articles and book chapters on the topic. She’s found that journalistic narratives often conform to the stereotype that all women are by nature caring, nurturing people and will naturally be good mothers regardless of their life circumstances.

“When you talk about motherhood, that’s not even logical,” Barnett said of assuming all women will be good mothers. “That’s the one thing I want to come out of this research, is that caretaking is hard, hard work. It can be very rewarding, but it’s hard.”

Without excusing or accepting violence toward children, Barnett examines media accounts of such cases to examine how such women are portrayed. She also hopes to gain an understanding of why some cross the line from being frustrated, exhausted and exasperated – a common experience among parents – to actually harming their children.

In many cases when a mother kills her children, there is immediate outrage, and early reports assess the crime, asking questions such as “how is it possible a person could do this?” Then there is the trial/punishment phase and the mother separation phase in which reports focus on the court aspect and the imprisonment of convicted women or their removal from the community. Too often there is the assumption, Barnett said, that with the mother imprisoned, the problem is over.

“Sadly this happens more than we know,” Barnett said, noting not all cases garner national headlines.

While such cases are almost always shocking and attention-grabbing, it is quite common for media reports to overlook the woman’s life circumstances, Barnett said. Mothers living in poverty, with no support or with alcohol or substance abuse problems often go unreported. Barnett’s analysis has shown that women who don’t fit the “good mother stereotype” often don’t get as much media attention as those who do. White women who are married and typically are assumed to be “normal” mothers in regular family situations gain the most coverage because the shock that comes from such an unexpected crime.

Journalists can go beyond simply reporting a story and give a better picture of the circumstances by first questioning themselves, Barnett said.

“So often when reporters report such a story, it’s like it’s a new phenomenon,” Barnett said. “It’s not, it’s been happening for centuries. We should ask why it happened and how we can help, not just say, ‘You’re a bad mother.’”

Barnett argues that journalists can take an approach of advocacy to help prevent future cases of abuse. By understanding each case and providing resources available to help parents, journalists are both telling a story and serving the community, she said. Citing the right sources can also make a difference. Speaking to mothers, women’s advocates and psychologists can help writers and readers better understand each unique case than the common practice of quoting lawyers or doctors with no postpartum depression experience.

Journalists are taught to be impartial and not necessarily consider advocacy part of their job. And in the era of reduced media staff and budgets it is difficult to devote additional time to any story. It is necessary, though, Barnett said. Without advocacy and journalistic dedication there would be no meaningful coverage of important social issues such as those for civil rights, women’s rights and gay rights.

“We need to ask questions ahead of time before kids get hurt,” Barnett said. “No circumstances are the same. It’s important to recognize that.”

It's #FossilFriday , and there's an app for that. 📱 #KUdiscoveries https://t.co/HdHHdK379m
«»
Follow us on Twitter »
Why KU
Apply »
One of 34 U.S. public institutions in the prestigious Association of American Universities
44 nationally ranked graduate programs.
—U.S. News & World Report
Top 50 nationwide for size of library collection.
—ALA
5th nationwide for service to veterans —"Best for Vets: Colleges," Military Times