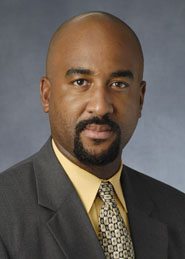 LAWRENCE – Throughout his life, Martin Luther King Jr. pushed for equality and unity, aiming to create more resilient communities. It’s been nearly 44 years since his death, and his message seems timelier than ever as nations struggle with wars, natural disasters and economic crises.

A University of Kansas professor will carry King’s vision forward, delivering the keynote address at the Governor’s Annual Dr. Martin Luther King Jr. Day Celebration on Thursday, Jan. 12, in Topeka. Derrick Darby, associate professor of philosophy and instructor of law, will speak about turning disaster into opportunity and tragedy into triumph in a speech titled “Beacons of Hope.” Figuring prominently in the talk will be the story of Greensburg, Kan., the town devastated by an EF5 tornado in 2007. Darby will also tie in King’s message of hope during trying times.

“In recent years the United States and the world have experienced horrific natural disasters, which have caused great suffering and despair,” Darby said. “Disaster is a sad fact of human existence. But we must ensure that our communities are resilient – and our national community is only as resilient as its weakest or most vulnerable communities.”

Darby said that resilient communities turn disaster into positive outcomes, and that strengthening social institutions – including public schools, hospitals and the government – ultimately advances the cause.

“If King were still alive, he would lend his moral voice to the urgency of ensuring that all of our communities are resilient,” he said.

The Kansas African American Affairs Commission selected Darby to headline the annual event, held this year at 11:30 a.m. at Topeka High School, 800 SW 10th St. Darby shares more than a love of philosophy with the late King; he also has a powerful motivation to fight inequality through social justice.

“As a philosopher, which King most certainly was, for me, MLK Day is a day for reflecting on the values that give meaning to our lives, that define the terms of our social existence, and that drive us to do our small part in making our world a better reflection of these values,” he said.

Darby was born in the Bronx, N.Y., and raised in the Queensbridge Housing Projects before moving to Manhattan to attend Martin Luther King Jr. High School. He graduated from Colgate University with a bachelor’s in philosophy and received his doctorate in philosophy from the University of Pittsburgh. He joined the KU faculty in 2007 after teaching at the University of Virginia, Northwestern University and Texas A&M University. He teaches in the College of Liberal Arts and Sciences and the School of Law.

His work has connected philosophy with issues and concerns that impact black America. “Rights, Race, and Recognition,” his most recent book, draws on the legacy of race and the denigration of black humanity to argue that all rights are products of social recognition. His research has been funded by the Spencer Foundation and the National Endowment for the Humanities. A distinguished scholar, Darby received a $40,000 Spencer Foundation grant in 2009 and the University of Kansas Scholarly Achievement Award in 2011.

It's #FossilFriday , and there's an app for that. 📱 #KUdiscoveries https://t.co/HdHHdK379m
«»
Follow us on Twitter »
Why KU
Apply »
One of 34 U.S. public institutions in the prestigious Association of American Universities
44 nationally ranked graduate programs.
—U.S. News & World Report
Top 50 nationwide for size of library collection.
—ALA
5th nationwide for service to veterans —"Best for Vets: Colleges," Military Times